I grew up in a Christian church and spent my late teens and early adult years in missions work. I then began pastoral training, but eventually left the church and Christianity. Over the years, I have not given a label to my own spiritual state. I don’t consider myself ‘backslidden’ as I had nothing to slide back to. I was in the church from birth onwards and felt that my move away from religion was a continued journey towards my values and beliefs. I only left when these beliefs didn’t seem to be working within that context.  I don’t feel that the label ‘atheist’ fits me. Aside from the religious structure, I felt that my understanding of ‘God’ changed in a way that didn’t fit with what I understood my church to be teaching, at that time.

When I left, I felt that I had three options:

1) I could pretend to think or believe something I didn’t and ignore things that concerned me. (I had already worked to shift the meaning of phrases, verses, or ideas to fit better with what worked for me, but found that I was running out of the ability to do that with integrity).

2) My second option was to continue asking questions and causing conflict with people whom I really cared about and whom I wanted to keep relationship with. (This was not going well and I feared that I was at serious risk of losing some of those relationships).

3) My third option was to leave, in order to preserve relationship with those I loved most, and then to continue my spiritual journey outside of the church.

I choose the third option. I was sad to lose the larger community, the structure, and the comfort of a place that had become home to me. But I did find freedom in not having to pretend anymore, not having to challenge people within the church, or to do mental gymnastics with the connections between the words being sung or preached and my own beliefs. As a result, I was able to stay connected with many people I cared about, and found that outside of that context the differences we’d had seemed less consuming. From that point on I have considered myself outside of religion.

Leaving religion felt like disconnecting my spirituality from life support and I was curious to see what would be left of it once disconnected.

I’ve continued to be conscious of my own spirituality in a more curious way and have discovered ways to nurture it’s growth outside of the context of religion.

In the past decade or so, research on religion, spirituality and mental health has grown. The social services which exist today, within North America and much of Europe, were founded within religious groups. During the late 1970’s, and throughout the 1980’s, there was a strong a movement toward secularizing all social services. Religion and spirituality were dismissed as being either irrelevant to individuals’ mental health, or potentially detrimental, or possibly even a sign of deteriorating mental health. In the late 1990’s,  this attitude began to shift with the recognition that the majority of humans on the planet embrace one kind of a religion or another and that many reported religion as being a positive influence on their mental health.

Research began to show that connection to a religious community, or to spirituality is indeed beneficial to ones’ mental health. It also showed that spiritual practices, such as prayer, mediation, or reading scripture served as positive and protective factors in mental health. The exception being when psychosis was at play.

These days, I do mental health assessments regularly, in a public health care setting and these assessment include a question about spiritual development or religious connections. These questions are intended to identify protective factors for individuals’ mental health. Some people seem to cringe at my question about religion and spirituality, claiming that this these things are not helpful in their lives or, have no part in their lives. Some seem to be reacting to negative childhood experiences with religion, or just a general distaste for what they know about religion from media and hearsay. Others may be unclear about the distinction between spirituality and religion. Some speak about finding great solace, support and connection in their faith and religious communities and others speak about their own spiritual journeys which are not connected to any particular faith tradition.

Whatever people’s individual religious affiliations or beliefs, as a mental health practitioner, I know that caring for ones’ own spiritual health and development is a crucial part of maintaining and improving mental health, at the same level as eating well and exercising regularly.

I spoke to Pastor and Spiritual Director (and friend) Andrew Wood who  defined spirit as “what holds us together and the process of bringing ourselves, as a unified whole, to God (creator, being greater than oneself, etc). Andy states that, “Spirituality may be defined as “the connecting whole… which knits our various parts (physical, emotional, social, psychological, etc.) together.”

For myself, I would characterize the aspects of spirituality & religion which contribute to mental health as having 3 main components:

1. A Sense of Belonging

Belonging to a group where one shares the same values and beliefs can be a profoundly positive experience and can help one to grow in their spiritual journey. I want to highlight the difference between ‘fitting in’ and ‘belonging’ as articulated by Brene Brown in her book “Daring Greatly.” ‘Fitting in’ is making changes to oneself in order to find acceptance. ‘Belonging’ on the other hand, is about being accepted for who one is. In a previous post, Parenting: Sexual & Gender Identity Development, I spoke about the need to belong, as experienced most acutely during the teen years, which can result in individuals suppressing their own personalities and expression, sometimes with detrimental consequences to mental health. If you are struggling to ‘fit in’ to a religious community, I would suggest checking out my previous post called Before Leaving Your Faith Community.

Obviously, community, and a sense of belonging, among individuals with shared values, can be found in places outside of religion and church. The key is to work at connecting with others with whom you can feel at home with, be yourself and be accepted and challenged.

I find belonging in a variety of places:

For more ways to find connection and belonging see ‘What do Adults do for Fun’ and ‘Lonely? Let’s Move Closer.’

2. Connecting to something greater than oneself

For many, connecting to something greater than themselves happens within the religious community. In these contexts, religion creates structure and guidance to this end. It can be a safe and supported space for for spiritual growth. For others, finding a connection to something greater than themselves will happen outside of the religious community, alone or within other communities. 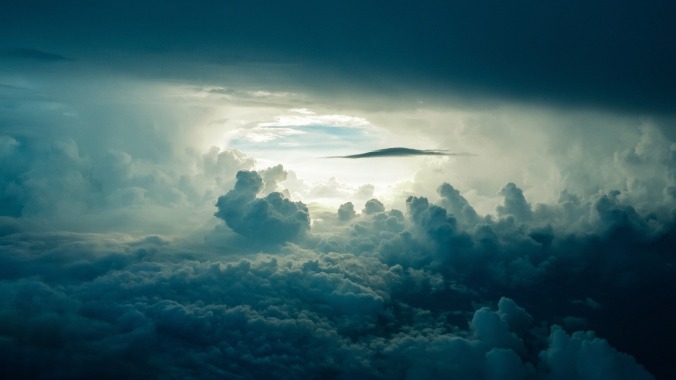 I think about the times in which I felt that connection to something greater than myself throughout my life:

Connecting with something greater than myself gives me a sense that I am not in control of everything. This is a relief. There is also as sense and that there is goodness and positive power outside of myself. This gives me a sense of comfort and wellbeing. I find myself most grateful, at times like these.

For more on gratefulness and mental health see “No, Thank You!”

3. A sense of meaning

I find that my sense of my life as meaningful is most clear to me when I take the time to look at my values and how they compare to what I am doing on a day to day basis. When these things align, there is meaning, even in the least enjoyable tasks. When I feel a disconnection between my daily activities and my values, I know that I need to take steps towards prioritizing the things that connect me to what is most important to me, such as my family, creativity, and social justice issues.

For more on discovering values, check out “What’s Worth Digging For?”

Spirituality may or may not be connected to religion but needs to be cultivated. Some people reach out to a Spiritual Director for a more formal support in this process. Andy describes the role of a Spiritual Director as “one who sits with another with the purpose of helping that person uncover what’s already there. It is to help the directee notice what’s already going on inside themselves – to help them see this and to reflect on it. In religious language, it’s to notice God’s presence, activity and invitation in the directee.”

To find a spiritual director, you can contact places such as Spiritual Directors Manitoba.  Andy notes that, “many Directors are coming from a particular faith perspective, for many, it won’t matter if the person is or isn’t part of a church or religion.”

I believe that spirituality is an important aspect of every human being’s mental health. We all need to feel that we belong, that we are connected to something greater than themselves and that our lives have meaning.

A book that impacted me greatly in the earlier days of transitioning out of religions was , “The Case for God,”* by Karen Armstrong, in which she explores her questions and concerns about current mainstream Christianity in the context of the history of Christianity but finds a space for ‘God’ which is based in the historical connections of the divine throughout the monotheistic tradition.

I later read  her biography “The Spiral Staircase”* where she describes her experience as a nun, who then left the Catholic Church. She speaks about her struggles with her mental health, during that time, and her journey into becoming a writer of religious history.